Washington Post editor Bob Woodward on Monday dismissed the allegation of a former CIA security officer that his famous account of interviewing CIA Director William Casey on his hospital deathbed was “fabricated.” 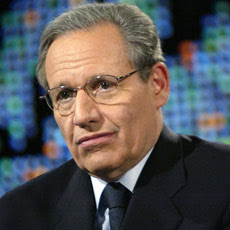 Kevin Shipp, a member of Casey’s security detail at Georgetown University hospital while he fought a brain tumor in 1987, asserts in a forthcoming, self-published memoir that, “None of the agents allowed Mr. Woodward into the room.”

“Indeed, Woodward did try to enter the hospital room, but was interdicted by the agent in the hot seat [outside Casey’s door] and gracefully shown to the exit,” Shipp recounts in “In from the Shadows: CIA Secrecy and Operations,” the first published account of the controversy by a member of Casey's security detail.

“We, myself included, were there 24 hours a day, seven days a week,” Shipp wrote. “All of us were under orders to let no one into the room.”

Moreover, Shipp adds, “during the time frame that Mr. Woodward claims to have gotten in the room, Casey could not speak due to the effects of a tumor on his brain.”

Shipp provides no first-hand details or documentation for his assertion.

In the famous encounter, Woodward wrote that he slipped into Casey’s room for a four-minute interview.

"You knew, didn't you?" Woodward asked Casey, referring to the Reagan administration’s illegal diversion of funds from selling arms to Iran to the Nicaraguan contras.

"His head jerked up hard," Woodward wrote. "He stared, and finally nodded yes."

Now an associate editor of The Washington Post, where he has played a main or supporting role in several Pulitzer prizes since 1973, Woodward has successfully weathered repeated challenges to his account of Casey's last remarks.

On Monday, responding by e-mail to questions about Shipp’s allegation, Woodward said, "I don't think any security guard was there 24/7 during that period." He referred me to his Web site, where other accounts back up his version of the incident.

One, by investigative reporter Ronald Kessler, quotes William Donnelly, a top CIA administrator who supervised the security officers, as saying, "Woodward probably found a way to sneak in."

In addition, Kessler reported in his 2003 book "The CIA at War," any assertion that the CIA director “could not speak” at the time Woodward entered his room is mistaken.

“When I saw him in the hospital,” Robert Gates, Casey's deputy at the time, told Kessler, “his speech was even more slurred than usual, but if you knew him well, you could make out a few words, enough to get a sense of what he was saying. I briefed him on developments at the agency and the White House."

Gates related basically the same version in his own, 1996 memoir, “From the Shadows: The Ultimate Insider's Story of Five Presidents and How They Won the Cold War.”

But a number of CIA people, including Casey’s widow Sofia, still cannot bring themselves to believe Woodward’s account, if only because the CIA chief so fiercely advocated sending leakers to jail.

On Monday CIA spokesman Paul Gimigliano told SpyTalk, “Mrs. Casey denied it publicly, and this agency—as you would expect—also looked into the claim decades ago.”

Playing on Woodward's version of Casey’s last remarks, he added, “When it comes to the account of mysterious visitors with unfettered access, I would say—in 2010—‘I have no reason to believe.’”

But as both Woodward and Kessler point out, the CIA’s own internal records show that Casey talked with Woodward 43 times, either in person or on the phone, while the reporter was working on “Veil: The Secret Wars of the CIA, 1981-87.”

That was enough to mute calls for a leak investigation.

For a while, the Senate Intelligence Committee contemplated its own probe, Kessler recounts. But after examining the CIA records, and with Casey dead, the panel’s general counsel Britt Snider “decided it would be pointless to attempt to investigate the leaks presented in Woodward's book.”

Finally someone has come forward from the CIA and called out Mr. Woodward. It's good to see someone like Mr. Shipp step forward with some cajones and deliver the truth from within the CIA to the public. I look forward to reading "In From the Cold" and his forthcoming publications.
Respectfully,
M.L

WAS BOB WOODWARDS COME BACK TO THESE ALLEGATIONS REALLY ONLY AS FOLLOWS?????

Woodward said, "I don't think any security guard was there 24/7 during that period."

WOW....HE'S DUMBER THAN WE THOUGHT. WHAT A LIAR.